Being very near to the end of the trip, I started to get a little depressed for obvious reasons.

Bali is an unforgettable trip and I’ll make sure I do this trip once again.

Right outside our villa 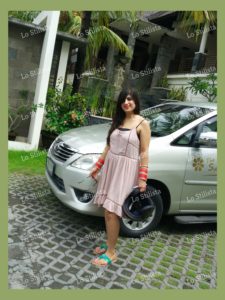 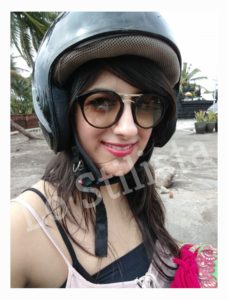 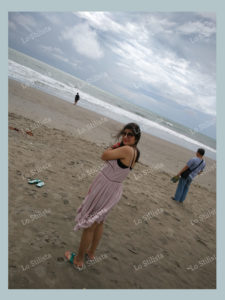 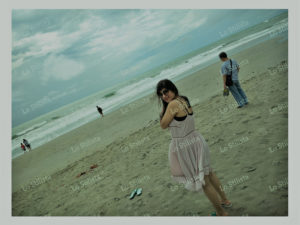 It was too windy yet pleasant at the beach and we had an overall good time. We rushed back to our villa later to get ready for the rest of the day. There is one thing about me,

I pick my outfits very carefully as I prefer comfort over fashion. So, it depends where I’m heading to, and that decides what I’m choosing to wear. As we were heading to a village I’ve never known in the past and that too a temple, so, I opted to wear something light obviously basis the temperature and it should be minimum my knee length. I took a lot of light stuff from H&M as I wasn’t completely sure about the temperature in any of these places. I did my research prior but that’s never enough if you haven’t visited the place ever in your life.

Our Villa’s reception “While waiting for Wayan” 😉 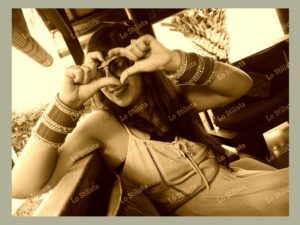 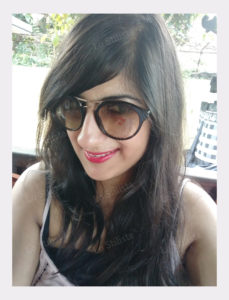 We headed to Tanah Lot in Beraban, and it happened to be a pleasant long drive. Unfortunately, it was at high tide that we couldn’t cross the rock base. We had to see it from a little far and that was quite disappointing. The temple has a very interesting history though. The temple was nothing but a rock where a priest “Dang Hyang Nirartha”, from the Majapahit Kingdom in East Java travelled to Bali to spread Hinduism, meditated upon and shared his teachings to the villagers of “Beraban” which further got shifted to the sea by the priest itself to save it from the opposition. It was originally called as “Tengah Lod” which means “Land in the sea”. If you google the pictures, you’ll see how amazing the scenery of this temple is.

Although the rock is no more original as it had gone through a significant decline due to erosion, it was restored later and now is nothing but an artificial rock. However, the essence of the temple is yet very original which can be felt only by experiencing the place. So guys, do visit this island once in your life.

I loved every single moment in Bali as this place is happened to be a place of Gods and I was surrounded by them all the time. 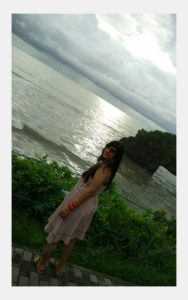 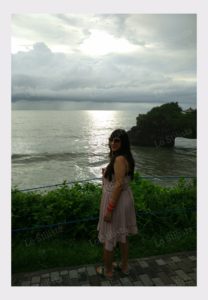 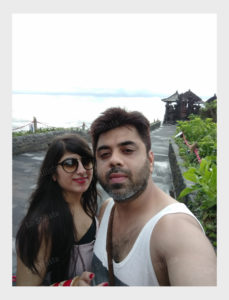 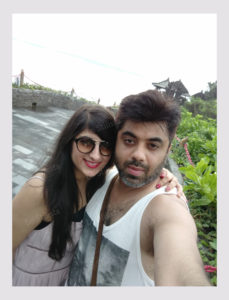 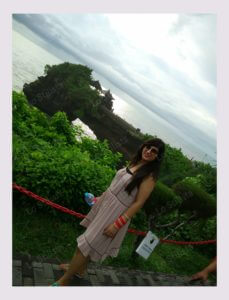 There were scenic pathways and tropical gardens which were alluring and some restaurants as well to keep you full. We decided to eat at Warung Mandala restaurant because of its picturesque view. It was all windy, musical and doting. We asked for any of their traditional “Vegetarian” meals, and this was what we got. It looked so ordinary but tasted heavenly unique, probably because of their own spices and herbs. 🙂 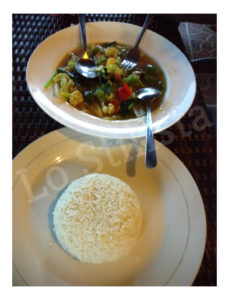 Wayan took us back to our villa, but this time, we just dozed off in the car while on our way. We skipped the dinner and we were not too hungry so we just had some pool and wine time

followed by some maggie later. Bathing makes you hungry, and so were we. 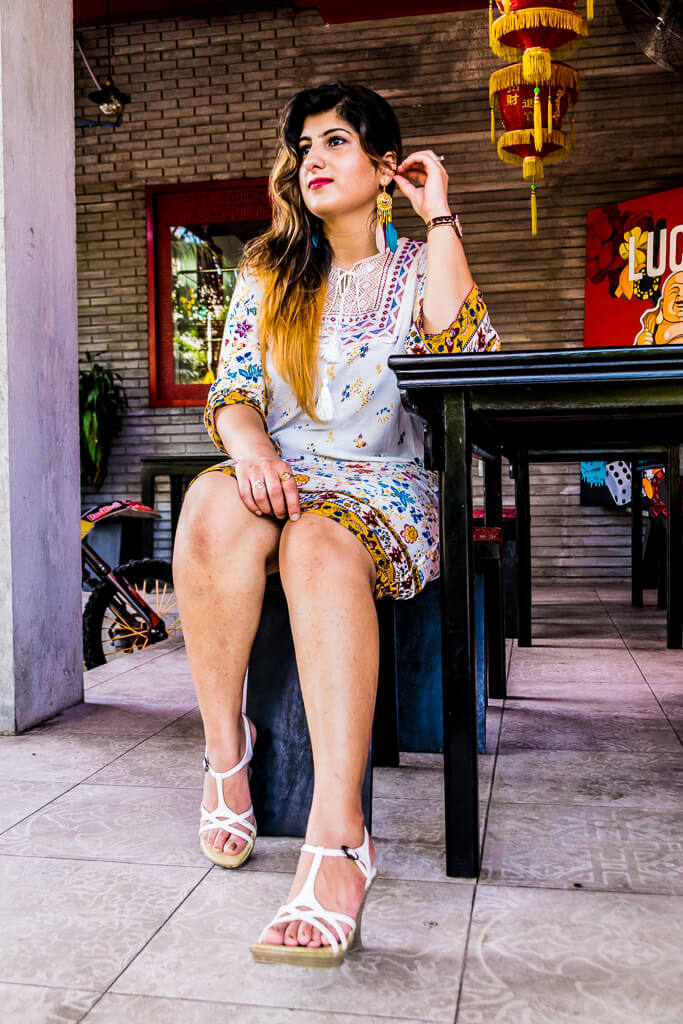